The Sandman Will Keep You Awake - The Loop

Being a measure of each faction's sphere, your influence is calculated on two separate levels: (1) the Theater and (2) Regional level.

At the start of the game in 1946, the United States holds more overall but wider dispersed worldwide influence. As a consequence, US forces must contain enemy expansion for victory. The Soviet Union, on the other hand, has less influence but a more concentrated starting sphere. Well positioned for expansion, they will look to avoid containment to achieve victory. 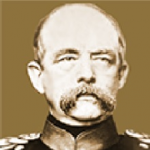